Why I quit the Pete Santilli Show

Why I quit the Pete Santilli Show

“For a time is coming when people will no longer listen to sound and wholesome teaching. They will follow their own desires and will look for teachers who will tell them whatever their itching ears want to hear. They will reject the truth and chase after myths.”

People are asking why I quit the Pete Santilli Show and they have a right to know. The reasons: hypocrisy and consorting with the enemy. Plain and Simple. How can Pete complain about Alex Jones’ aquisition of Molly Maroney, when he is drawing from the same shill circuit as InfoWars? Even to the point of interviewing Stewart Rhodes the day after Alex Jones. How is this possible? They must have known that I would have a serious problem with this, right? They must have known I cannot and will not associate myself with anyone in the Alex Jones shill-circuit, right? I can only tell you that I was shocked and dismayed. I thought this project would be different.

Interestingly enough, Sheriff Richard Mack, another long-time guest seen in-studio at the InfoWars location, was interviewed the same day, and prior to, Mr. Rhodes interview by Mr. Santilli.

On Wednesday the 19th, Stewart Rhodes bounced back to Alex Jones for another interview and can be seen in a video titled: Gun Owners Face Their Greatest Single Threat to Liberties Since 1775.

(Below: Bob Tuskin offered me ‘federal notes’…here is Pete’s offer from the day before his Rhodes/Mack interview…is this an attempt to ‘buy my silence’? Dear satan: please stop trying to buy my soul…it is NOT for sale)

How is this possible? Who has the connections to land these two characters? Why would Mr. Santilli draw from the same shill circuit as Alex Jones? Why would they do this knowing how I (and many others) feel about the trolls that work for Jones? Why would Mr. Santilli invite me on his show and then pull a stunt like this? Isn’t that called ‘hanging someone out to dry’? Did they not think someone would make the connection? Isn’t it hypocritical to harp on Alex Jones over the aquisition of Molly Maroney and then interview two long-time guests (and good friends) of Alex Jones? If Dr. Judy Wood and her work is so important, why did Mr. Santilli essentially discredit her by having  Stewart Rhodes and Sheriff Mack, on the very next show?

I am NOT a coincidence theorist, nor am I a fool.  And while I cannot prove Mr. Santilli is a shill for having interviewed Sheriff Mack and Steweart Rhodes anymore than Mr. Santilli (or myself for that matter) could prove Alex Jones is a Stratfor shill by his aquisition of Molly Maroney, I cannot and will not allow my reputation to become further tarnished with such hypocrisy.

Thus it is with great dissapointment AND sadness that I must withdraw from Mr. Santilli’s show and withdraw my support as well. I hope you will understand.

(Below: Pete Santilli’s YouTube Channel’s ‘Related Channels’….notice the link to Alex Jones. At this point I must conclude Mr. Santilli works for Alex Jones and was tasked with leading a bogus movement against him, just as Mark Dice did not so long ago.) 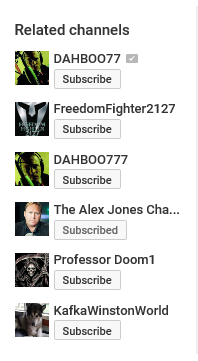 (Below: A letter the hacker group ‘anonymous’ posted on the internet exposing Pete as an FBI informant. This bit of information has been on the web since October 30th, 2013…Mr. Santilli has had plenty of time to debunk it but has not. I am expecting a full written apology from the F.B.I. for having Mr. Santilli target me.)

7,800 Veterans sue CIA/DOD/Army for experimentation including ‘septal implants’ to control will and human behavior 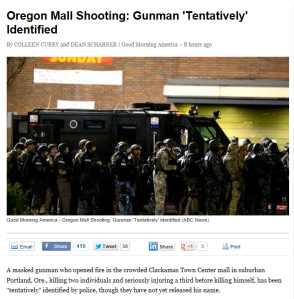 An ongoing lawsuit by American veterans reveals a series of secret experiments conducted in the 50s and 60s at Edgewood Arsenal and Ft. Detrick, Maryland, experiments that included ‘septal implants’ meant to control human behavior and will. Other experiments involved the testing of chemical and biological substances such as sarin nerve gas, LSD, and PCP. Considering the rash of ‘lone-gunman’ shootings of late, I thought it important to bring up this matter, especially the mind control aspect of these experiments. Is it possible that the technology is such now that a simple, tiny, RFID chip can be slipped surreptitiously into a persons drink or food,  thereby gaining control over that persons will? If so, it would easily explain the recent outbreak of  ‘lone-gunman’ shootings.

Please take the time to read the following link to a 76 page document that covers the lawsuit in detail. It is quite shocking. http://i2.cdn.turner.com/cnn/2012/images/02/15/complaint.pdf

Also please have a look at edgewoodtestvets.org and find updates and court documents/records regarding this lawsuit.

Posted in Incredible Stories You Probably Haven't Heard Of 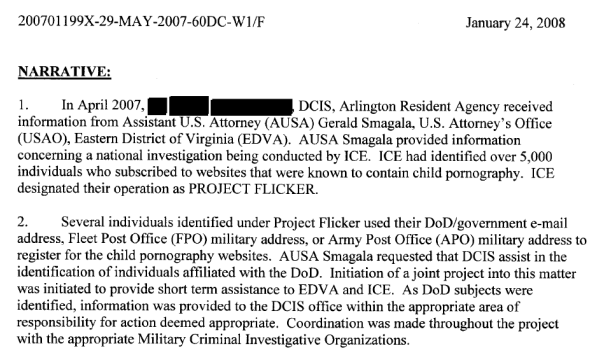 Posted in Incredible Stories You Probably Haven't Heard Of